Marente has been a care provider in the Rijn-, Duin- and Bollenstreek region for more than 100 years and from that role, Marente offers various forms of care: home care, nursing home care, rehabilitation, and support in the event of dementia. Marente employs a total of approximately 2,500 people. The organisation has 10 residential care locations, each with its own target group and culture.

Marente has several common values: entrepreneurship, optimism and cooperation. Based on these values, the organisation offers care and support to approximately 2,500 clients. 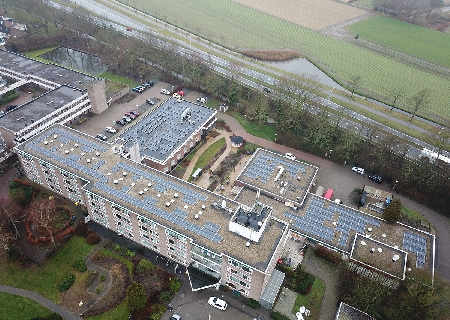 The Board of Directors of care provider Marente wanted to switch to paperless meetings and make meetings more efficient. Initially, iBabs was proposed as the first choice, but in the end Indeqa fitted in better with their needs.
Dieuwke Wieringa, information advisor at Marente and involved in this choice as project leader: 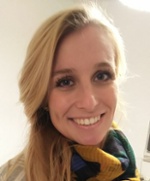 "When we compared the various meeting software options, it soon became clear that Indeqa fits best in our Office 365 environment. The ease of use and the possibilities the software offers convinced us".

The challenge from the board

The board wanted to have paperless meetings. Project Manager and Information Advisor Wieringa was given responsibility for the decision-making process and the implementation of a new meeting solution.
Wieringa first examined the old situation: "The meeting process was inefficient and unnecessary lost off time. The meeting agenda and meeting documents were sent by e-mail. In addition, a number of meeting participants also wanted to receive these on paper.

It also regularly happened that during a meeting it turned out that not everyone had the same version of all documents, because sometimes meeting documents are sent after. Very annoying and it caused delays during meetings".

May 2019 Indeqa provided a demo and in June the first training followed. Because of internal changes at Marente it was decided to wait a little longer with the actual switch. That's why the summer period was used to provide the meeting environments with the right corporate identity and templates.

After this it went quickly: in August the Board of Directors started Indeqa and the Supervisory Board started a month later. This was followed by other meeting groups. At the Central Client Council extra time and attention was paid to learning how to work with an iPad.

Wieringa: "Not everyone in this group was positive about the changes. That is also understandable. We had to start with the basics; the training literally started with how to turn on an iPad. But in the end, all members of the Client Council managed to work with the software. I think that's something special."
All five meeting structures are now working with the software and Wieringa reflects with satisfaction on the implementation phase:

"There have been few problems. The Works Council had wanted to switch to paperless meetings for some time, so they were very enthusiastic when they could finally start working with the software. Of course, that's extra fun".

The partnership with Indeqa was pleasant from the very first moment. If we run into something we first try to solve it ourselves. If not, Indeqa quickly answers our questions. We have encountered very little problems and are happy with our choice for Indeqa.

Wieringa: "At the moment my focus is on carefully securing the processes. A good example of this is the archiving of former meeting delegates, so they no longer have access to meeting documents. This seems obvious, but you have to arrange it".

In addition to securing these kinds of processes, I am working on a transfer document for support, so the management can be transferred to our own ICT service desk. Then I can be responsible for questions about the process.

"When we compared the various meeting software options, it soon became clear that Indeqa fits best in our Office 365 environment. The ease of use and the possibilities the software offers convinced us".

← Back to Case Studies